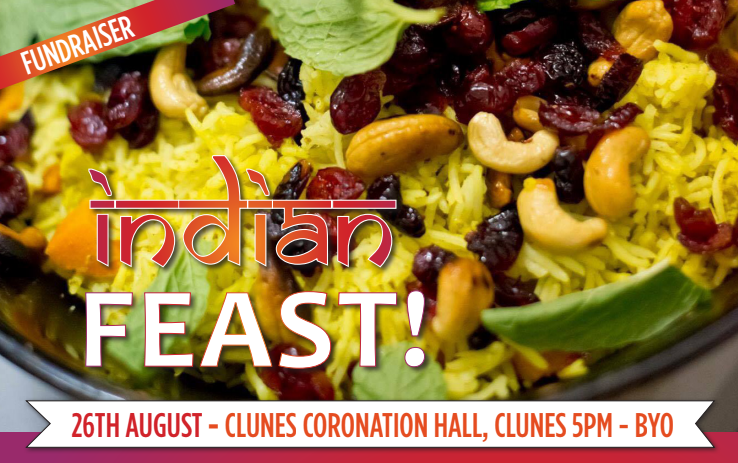 Got your tickets yet? Matt Brice’s annual Indian FEAST is renowned as the yummiest fundraiser in Northern Rivers – no word of a lie!

The FEAST will help us provide education and brighter futures to over 2000 children living in some of India’s poorest slums.

This sizzling, comic romp is now to be presented at Z-PAC Theatre and you can see it first on 24 July! All proceeds from this exclusive charity performance will go directly to support Forget Me Not.

Jointly directed by Mark Thomson and Theresa Saunders, this play centres around the opening night of ‘The Golden Egg’ on Broadway. A lavish party at the Producer’s townhouse is under way as all eagerly await the first reviews.

The laugh inducing action takes place in the bedroom above the party where a group of anxious insiders have staked themselves out to be the first to hear the reviews – will they be favourable or not?

In the group is the excitable playwright, the unstable director, the pill-popping ageing star, the playwright’s supposed best friend, the show’s producer, the acerbic drama critic and the naïve ‘wannabe’ young actor.

All combine to create a sharp and humorous comment on theatre and the people who inhabit it.

The New York Times described the play as ‘..among the funniest lines to roll off the stage in years’ while the Wall Street Journal called it ‘ hilarious! …the hottest ticket in town’. ‘It’s Only a Play’ is a celebration of theatre at its best and theatre people at their not so best! 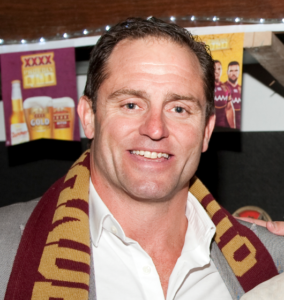 You’re all invited to The Annual Long Lunch on Fraser Island with NRL legend Billy Moore. Hear about his successes both on the footy field and in the business arena while enjoying a three course feast and many beverages with your friends and colleagues.

The Annual Long Lunch is a celebrated tradition in the business community, with local leaders getting together for a day away on Fraser Island. You should join us…

All proceeds donated to Forget Me Not.